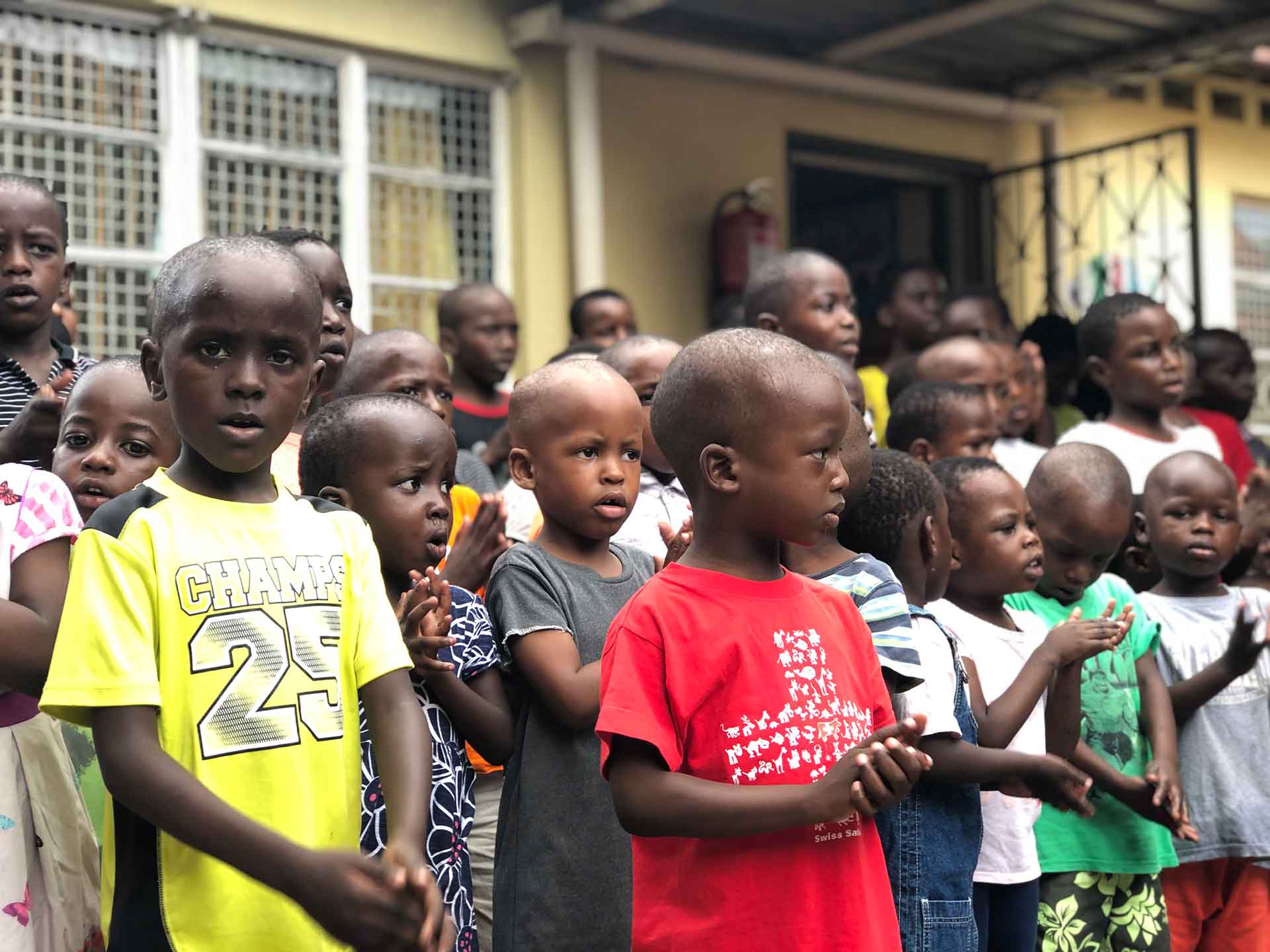 The smile on the children’s faces is the most beautiful thank-you for our work!

Kenya is one of the most beautiful countries in Africa. Some are enthused by the endless white beaches, coconut palms and the turquoise water, others by the wide savannahs and the breathtaking animal kingdom. But Kenya as a Third World Country still fights numerous other problems.

Severin Touristik wants to contribute to the improvement of future prospects of children in Mombasa. Therefore they support the orphanage Mji Wa Salama near Severin Sea Lodge which only survives by private donations.

The driving force is Cornelia Schulte, wife of the managing director of Severin Touristik. Together with Inge Hoffmann she has stood up for the children and the orphanage for many years now.

The orphanage was founded in 1971 by a little group of people who realized the necessity of creating a base for children without homes or attention. Back then there was no house and only ten children came to the place of peace to get something to eat. Two years later, the Rotary Club built a house and the children’s home continued to grow. Sleeping quarters for babies and infants, one for the girls and one for the boys, were built. A little kitchen, eating and learning room as well as an office were added.

By pure chance, Ernesto and Inge Hoffmann noticed the orphanage in 1980. The couple had lived in Mombasa and worked as travel guides for many years. The existing poorness surprised both so much that they decided to help.

Even after the death of her husband Ernesto in 1993, Inge Hoffmann visited the children daily and continued what the couple had started together.

1996 Cornelia Schulte visited the orphanage for the first time and spontaneously decided to help as well. That same year she organized a charity gala in Sundern with the motto “I wish myself a friend”. With the proceeds of the gala two more buildings and a roofed playground could be built. One of the two buildings accommodates a kindergarten as well as a class room. Today, six teachers work here and 100 children come from outside in order to be educated. With these revenues, the wages for the teachers can nearly be paid.

Today, 60 children between 4 months and 18 years have found a solid and caring home at Mji Wa Salama. Four of them have Aids, some not even have a surname or know their date of birth.

For example little Maria who was only a few days old when she was found at the beach by a woman. She was meant to be carried away with the next flood and was unbelievably lucky.

Or Shaban who was brought to the orphanage when he was around 1 ½ to two years old. He could only crawl over the ground because he never learned to use his feet. With intensive physiotherapy and his strong will to walk, Shaban made it!

Due to the numerous activities of Cornelia Schulte over the years, lots of donations could be collected. Cornelia Schulte personally assures that the money is received by the orphanage and is used reasonably. Each child gets three meals a day, medical care and a professional school education.

It is especially important for us to improve the future prospects of the children. This is why we attach great importance to a solid school education because this is the most important condition to get a job. The orphanage is an oasis for the children where they can grow up with warmth, love, affection and thoughtfulness. Here they can evolve – into young and promising people.

If you want to help as well or wish further information, please contact our Severin Travel team.